Reading for new vocabs - Should You Stay Friends With an Ex?

Should You Stay Friends With an Ex? Here's What Experts Say 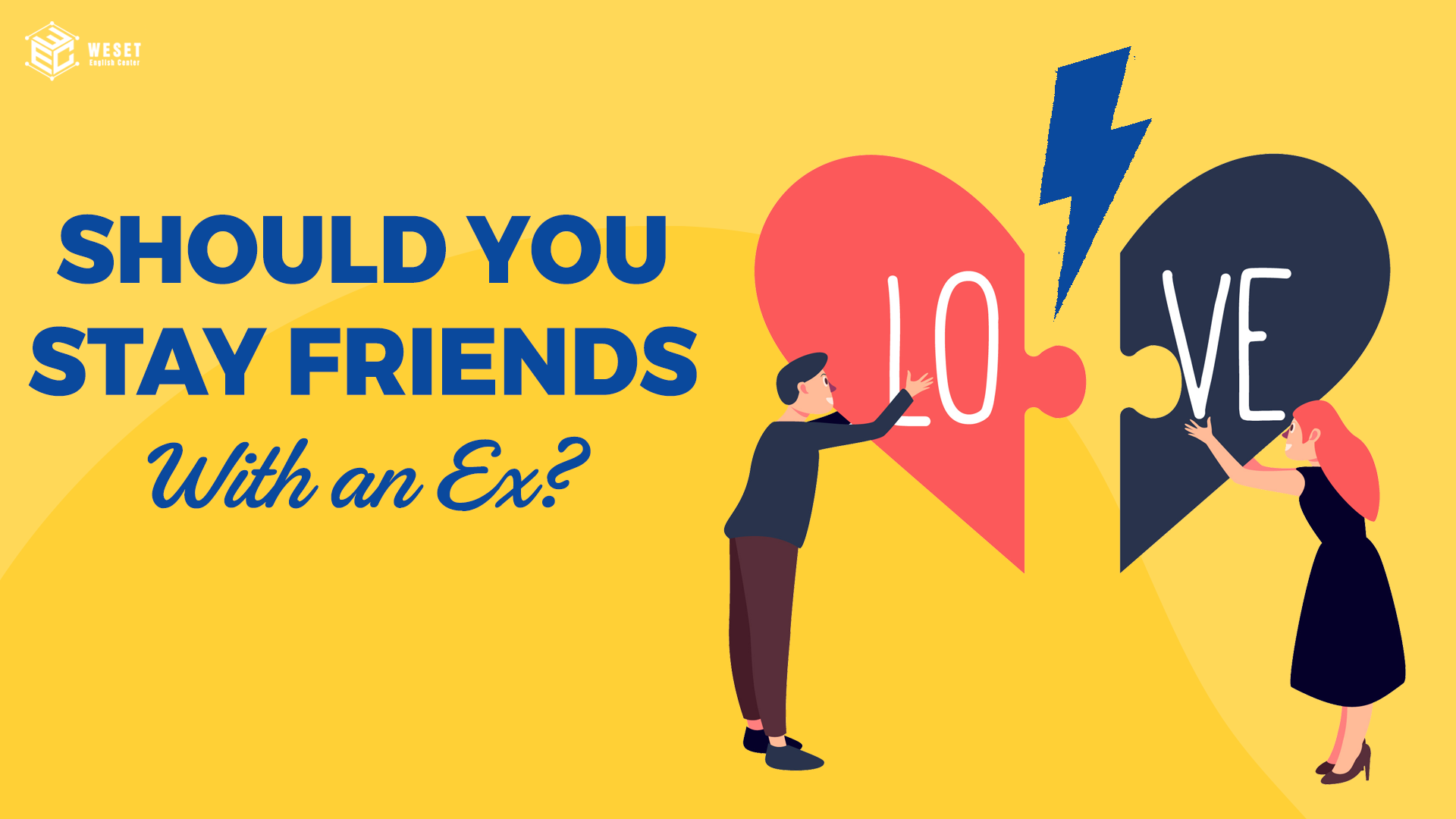 Few relationship questions are as 1polarizing as whether or not you should stay friends with an ex. For every person who tries to 2salvage the good and forget the bad, there’s another who’d rather move on and never look back. 3Anecdotal evidence feeds arguments on both sides — but what do the experts say?

Rachel Sussman, a New York City-based 4psychotherapist and author of The Breakup Bible, advises caution 5when it comes to staying friends, but says there are couples for whom it works; ultimately, she says, it’s “an individual determination.” Nonetheless, Sussman says there are some guidelines all exes should follow after a breakup.

Ex1: He sees a psychotherapist twice a week.
Ex2: As a licensed psychotherapist, she devotes time to traveling to schools to speak about her experiences.

When to 6cut ties with an ex

7Under no circumstances should a relationship that was 8abusive, manipulative or toxic transition into a friendship, Sussman says. But even if your relationship was generally healthy and simply didn’t work out, you might want to think twice before becoming pals. One 2000 study, for example, found that friendships between exes were more likely to have negative qualities, and less likely to have positive ones, than cross-sex platonic friendships.

Ex5: The US president pushed governments to break diplomatic ties with China.

Sussman also says there are potential 11downsides to staying friendly with an ex. “Sometimes that will hold you back from going into a new relationship,” she warns. (There’s even research to back this up.) “Or you get into a new relationship and you tell your new girlfriend or boyfriend, ‘My ex is one of my closest friends.’ That’s complicated. Are you giving the new relationship a [fair] chance to really flourish or blossom?”

Ashley Brett, a psychology researcher in her late 20s (who asked to use a pseudonym to protect her identity), knows that struggle well. After breaking up with her boyfriend of about a year and a half, Brett stayed friends with him — and fell into an 12on-again, off-again relationship that lasted for more than five years. “The friendship was never really separate from the previous romantic relationship,” Brett says. “It turned into the next cycle of a romantic relationship, and then back into friendship.”

Downside (n): the negative part or disadvantage of something = drawback (n)

Acronym:
+ Upside (n): the positive part of a situation
Ex6: The house is expensive, but on the upside it's in the best part of the business district.

Though Brett says the relationship had enough upsides that she’d probably “make the same mistake twice,” she says she’d be 13hesitant to recommend the same to a friend or therapy client. “The largest 11drawback is being inhibited from new relationships and new experiences,” Brett says. “I closed myself off to other people and I didn’t really want to open up to somebody again, and that’s maybe not, psychologically, the healthiest orientation to life.”

Brett adds that repeatedly 14falling back on friendship allowed her to numb some of the pain of each breakup — which may seem like a good strategy, but can actually prevent future growth. One study, published in 2013 in PLOS One, found that “breakup distress may act as a 15catalyst for personal growth,” while avoiding that distress may inhibit the development process.
Hesitant (adj): do not do something quickly because you are not certain

Ex1: She always has her teaching experience to fall back on.

Ex2: Where negotiation fails, they must fall back on the law.

+ have somebody/something to fall back on

Ex3: She has no relatives to fall back on.

Ex1: The high suicide rate acted as a catalyst for change in the prison system.

Ex2: The women's movement acted as a catalyst for change in the workplace.

+ Act as a catalyst for something

When to stay friends with an ex

Sussman says exes who have kids together should try to remain on good terms if possible, since they’ll be in each other’s lives for the long run. The lines are murkier for couples without children, but Sussman says those who dated when they were young, were friends first, dated casually or were together only for a short time are good candidates for friendship.

Robin Zabiegalski, a 31-year-old writer who lives in Vermont, is a notable 16counterexample. She’s happily married, but still maintains close friendships with several of her serious ex-partners — including her ex-husband and an ex-boyfriend she lived with for years after their breakup.

It wasn’t always that way. “I had burned all my relationships to the ground, and I was not really friends with any of my exes,” Zabiegalski says. But eventually, 17in pursuit of personal growth, she reached out to her ex-partners — first to apologize for past transgressions, then to try and “reclaim” the relationships they’d shared for years. “That’s a huge chunk of my life that is kind of co-owned by this person,” she says. “I just felt like those pieces of me were missing, and the only way to reclaim those pieces of myself was to, on their terms, be like, ‘Can we repair this relationship?'”

Zabiegalski admits these friendships only work because her husband is “inherently not jealous,” and because she’s open about both her past relationships and current interactions with exes. She also says it’s crucial to only pursue friendships when the romantic spark has completely faded for both parties. “If you’re staying friends and the real goal is to get them back, that’s just continuing drama that you don’t need,” she says.

The research supports that notion. Studies suggest that couples who remain in contact for the same reasons — whether those are 18pragmatic or 18sentimental — are more likely to have successful friendships, while staying in touch because of unresolved romantic desires is a predictor of negative outcomes.

Antonym: Sentimental (adj): strongly influenced by emotional feelings, especially about happy memories or relationships
Ex1: It's a cheap ring but it has great sentimental value for me.
Ex2: He gets sentimental and starts crying when we talk about his mother.
Ex3: He wasn’t the sort of person who kept things for sentimental reasons.

How to stay friendly with an ex? 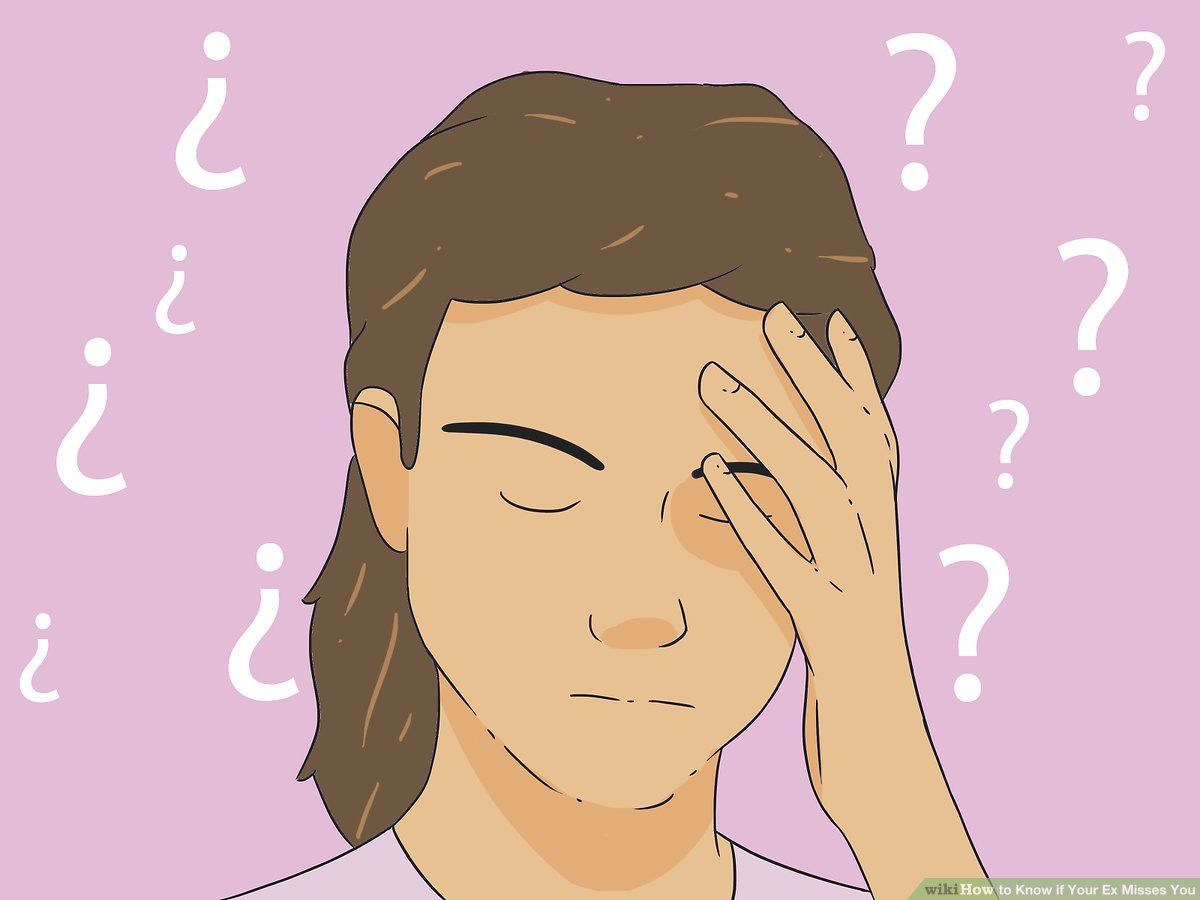 If you decide to try a friendship with an ex, Sussman suggests taking a break first. “I’m quite suspect of those couples that break up and then tell me right away that they’re best friends,” she says. “Time heals. A lot of 19insight can come with time and space apart.”

That goes for social media as well as in-person interactions. “I would love for couples to unfollow and unfriend each other for a few months [after a breakup],” Sussman says. Otherwise, “before you know it, you’re checking your Instagram and you’re seeing your ex, and that brings up all sorts of thoughts and feelings which might make you, on some emotional level, feel reconnected to that person.”

Boundaries are also important for couples-turned-friends, Sussman says, though they’ll likely look different for everyone. “A healthy boundary could look like, ‘Let’s not talk every day. Let’s not text every day,'” Sussman says. “‘Every couple of months let’s grab a meal, see a movie — but not regular, daily contact.'”

Above all, regularly reassess how the friendship makes you feel, and be honest with yourself. “More times than not, [someone who stays friends with an ex] is kind of clinging to something,” Sussman says. “It’s more of a 20security blanket.”

If that’s the case for you, it may be healthier to let the friendship go — even if it hurts in the moment.

20. Security Blanket (n): something that provides reassurance, support, or a sense of security.
Ex1: Having my brother at the same college gave me the security blanket I needed to leave home.
Ex2: Not having the phone can create a lot of anxiety, so the phone today has become our security blanket.